FIRST EXIT POLL IN SERBIA: THE CASE OF VOŽDOVAC

In this paper we will present the results and analysis of the first exit poll that has been done in Serbia, or more precisely, in Belgrade municipality of Voždovac. During election day of the 2020 Serbian parliamentary election, we collected data from 2969 respondents in 40 voting spots. We applied number of statistical and data collection procedures in order to improve precision of predication. The collected data provided the evidence of a very accurate prediction. Beside the prediction of election results, we collected demographic data, as well as data of the timing of the making the decision to vote. Therefore, for the explorative purposes we present that data in the paper. We found significant differences among demographic categories regarding party/electoral list preferences. Additionally, we identify different patterns between SNS and Šapić voters, i.e. we found that SNS voters mostly decided to vote for this list a long time ago, while Šapić voters mostly decided to vote for this electoral list a few days before the elections. In conclusion, we discuss the possible reasons of such pattern. 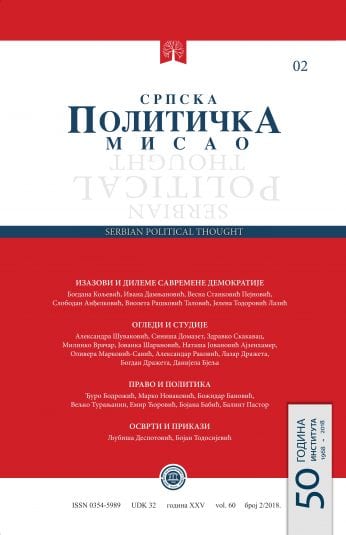