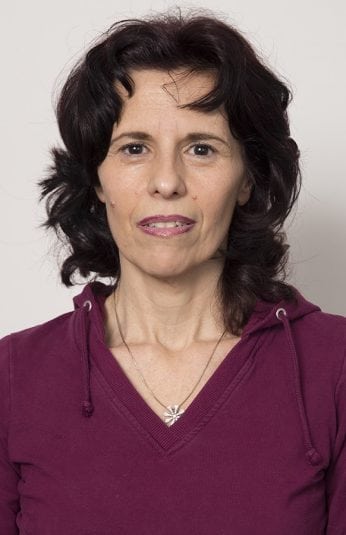 Vesna Stanković Pejnović is the Research Associate of the Institute for Political Studies. Author of several academic papers, as well as the book: “Lavirinti moći – politička filozofija Fridriha Ničea” (Labyrinths of Power – Political Philosophy of Friedrich Nietzche) (Mediteran, 2014). Mentor in PhD studies of the Faculty of Philosophy, Zagreb University. Member of the editorial board of the journal International Law Review - Canadian Center of Science and Education, and several other international publications.

PANDEMIC OF FEAR AS A BIOPOWER OF THE “GLOBAL GOVERNANCE” SYSTEM

We are faced with biocontrol of the whole society imposed by the invisible centers of power which, through networked activities through various but connected organizations, want to unite their activities globally under the pretext that the world is not prepared for the coming threats, one of which is an epidemic. "Life as a political object" is turned towards the controls that are exercised over it, in the name of the 'right' to life, body, health, security. Contemporary politics is bio politics as a power that regulates social life from within it as a control covering all the depths of consciousness and the body of the population. By attacking both one’s biological body and one’s “social body”, the individual's psyche is strained to the point of disconnection. We are in the fight against the "invisible enemy" who is omnipresent and unknown with the following fear. This planned pandemic shows that we are in the process of social engineering as sort of biological and psychological war. In biopower we are following the narrative to coarse into compliance, painful to resist, so we eventually compromise with the different “measures” of “new normal”, which have elements of torture. According to Mike Pompeo, The Secretary of State, COVID 19 is a “live exercise” оr some kind of “gaming scenarios”, and it comes as a tremendous cost both to humanity and the economy. We are facing a new global technotronic age in which supranational and multinational companies are a kind of global invisible rulers. The paper will show, with a theoretical approach that the foundations of biopower are fear, insecurity, and panic. The emphasized fear of the invisible enemy is supported by scientists and harmonized with media exposing with different and contradictory information. Fear is spreading due to the depressiveness of power and is related to biopower, which is aimed at the good of the population, and is visible in the action of power exercised by networked centers of "global government" as advocates of private-public partnership. The presented documents show the action of biopolitics as a planned scenario and the network action of "soft, invisible power" which acts globally, and in the financial background are private foundations. In whole this constellation, the appearance of the “conspiracy theories” as “unofficial” and “deprived knowledges” is imminently and provocably present evident nowadays.

Although they differ in approach, it is fundamental that both Marx and Nietzsche simply want to encourage and empower humanity to stand up and fight for themselves and the world around them. The aim of the paper is to show that Marx and Nietzsche, thinkers who aspire to overcome the epoch, through a revolution of thought that rebels against the estranged man who, in our post human age, became a man-made cripple who is only a hired labor, and himself became a slave. Marx and Nietzsche are thinkers who point out that it is only through a revolutionary turn in the essence of the world and human reasoning is possible to open up opportunities for being human. Marx and Nietzsche advocate the fight against the world of alienated man, for the world of true freedom, led by a working, creative man who changes and overcomes circumstances. According to Marx and Nietzsche, from the “realm of necessity” to the true “realm of freedom” comes through revolution – the epochal, radical turns of existing alienated, inhumane reality into a new human, meaningful reality that will be free from the contradictions (economic and ideological) of the “old world” and be a possible space for the full development of universal human creative potentials. Nietzsche’s primary political goal is to perfect or excel in man himself. According to Marx, capitalist society does not provide an opportunity for the development of a free in alienate man who will live by his own, authentic existence, but constantly alienates man from himself and nature, turning man into a slave, and nature into destruction. The alienation of man from himself Marx and Nietzsche stand out especially in their understanding of religion. According to Mars and Nietzsche, religion is a perverted consciousness that alienates man from himself. Marx criticizes Christianity as a religion of the hopeless. They despise Christian ideals because they are blind to the reality of life. To the Christian notion of creation, Nietzsche contrasts the new notion of the creation of man, which is formed through the will to power which in man creates through him, as a being in which the will relates to itself and is thus transcended. Through a comparative analysis of Marx and Nietzsche’s thinking, the paper will point to the reasons for alienating man as a creative human being and the alienated being of the nihilistic epoch.

TOTALITARIANISM AS FORM OF MEDIA CONSTRUCTION OF REALITY

The relationship between totalitarian propaganda and new media testifies to the double bond between technology and social rule and technosphere and total control. Speaking about the new totalitarianism, the emphasis is not placed in the way of political rule “the people”, rather than a radical change of the system of power over life of individual and mass. An important role in shaping of the media is based on the logic of universal transmedial irrational rationality order because neoliberal capitalism has no center and visible entities total economic powers that are invisible in complete transparency as a real illusion of new media. The task of a mass media is neutralize lived, unique, of event and character of the world and in its place set up a complex universe of media which are homogeneous to one another as such , pointing at each other. They become reciprocal content to each other and that is totalitarian “message” consumer society. Instead means of information and communication medial reality becomes a means or purpose of social cultural survival and hyper accumulating capital. Totalitarianism is ideological – political term that encompasses all sectors of life and overall has complete control. Total supervision or control is synonymous with capitalist globalization. Totalitarianism sources of information are focused to provide solutions to the formula suggested by the audience. The entirety of information presented shall be made public if the narrative about the lack of choice or no alternative, apparent manipulation brought to grotesque degree. To a large extent, the present abuses of emotions as critical awareness replace emotional impulses clearing the way for the unconscious. Through the media increasingly overcome growing manipulation of consciousness, as a means of absolute control and power with a vast amount of “professional” guided mass and narrow elitist minority that decides everything. In a totalitarian view of the state, culture becomes an ideological means or purpose of governing the masses based media constructions of reality and shaping the man as a “lonely crowd” with the ultimate goal of creating a “new world totalitarian order”.