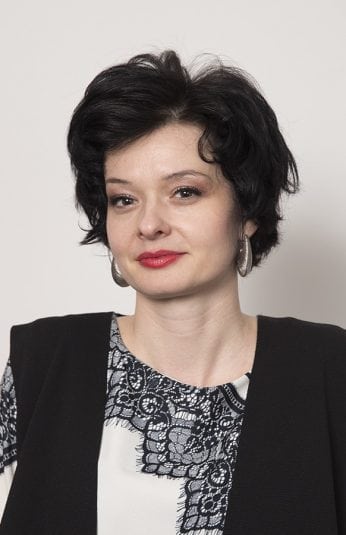 Dr. Sanja Stosic is a Research Associate. She finished her Master studies in 2010, and is the first scholar in Serbia to have begin working on Filipino themes. Since completing her PhD in 2016 named "Cultural Particularities of the Philippines in the Spanish Colonial Period", Sanja’s research has been focused more on historical, socio-economic and political issues, with particular reference to Spain and Latin America, as well as the countries of the Asia-Pacific region.

THE CORONAVIRUS CRISIS: IMPACT AND IMPLICATIONS ON RECONSTRUCTION OF SERBIAN AND CHINA’S POLITICAL AND CULTURAL IDENTITY II

In this part of the paper we analysed the impact and implications that the crisis caused by COVID-19 has had on transformation of the Serbian political cultural identity and President Vučić’s response to the coronavirus pandemic. Now almost one year into a global pandemic it is clear that early-warning outbreak detection did not successfully contain COVID-19 and that, unlike in China, the Serbian, as well as other’s countries system of public health governance underestimated the threat of this infectious disease. However, despite the fact that Serbian President Aleksandar Vučić has been accused of using the crisis for additional political self-promotion at a time when everyone else was forced to keep quiet, it is undeniable that during the state of emergency and while institutions were functioning and parliament was not in session Vučić took the entire burden of saving the nation upon himself. Actually, thanks to his personal contacts, effort and friendship with Xi Jinping, the President of China, Vučić personally procured medical equipment and decided on the necessary measures. Thus, the Serbian healthcare system remained functional thanks to the responsibility of doctors, nurses and generally disciplined citizens inspired by current regime’s attitude towards resolving the crisis. Despite the third wave of infection, which seriously threatened Serbian health system with collapse, the Serbian authorities updated not only medical protocols and hastily constructed new temporary hospitals in the capital Belgrade, but government has also invested in new hospitals in Kruševac and the new COVID hospital in Batajnica. Likewise, in this part of research we also outlined that whilst many uncertainties surround COVID-19 – including the possibility of chronic illness among those classed as ‘recovered’ – as extreme measures intended to protect public health might be difficult to justify due to the fact that these measures and the manner in which they are enforced may aggravate collective psycho-social responses as waves of fear, anxiety, coronaphobia, anger, disbelief, resignation, disappointment and disdain towards authorities acting in a draconian, possibly ill-advised and inconsistent manner. In that sense, we outlined that the declaration of the global threat and mass quarantining of otherwise healthy population in Serbia precipitated discourses based on intersections of public discontent and suspicion as a product of ‘conspiracy’ rather than treating such responses seriously. Additionally, in our concluding remarks we stressed that the main implications on reconstruction of Serbian and China’s political and cultural identity consist of creating an aura of a well-established, transformed political procedures – e.g. broad civil rights and leader’s accountability – that embody its possibility to respond to a novel, infectious disease that threatens social order and the fundamental tenets of democracy. In this regard, we especially pointed out that during the current crisis Serbia has politically matured, and that its national identity has experienced the positive impact that has as well enhanced its contribution to the Serbian international development.

THE CORONAVIRUS CRISIS: IMPACT AND IMPLICATIONS ON RECONSTRUCTION OF SERBIAN AND CHINA’S POLITICAL AND CULTURAL IDENTITY

In this paper we discuss the impact and implications that the crisis caused by COVID-19 has on transformation of the Chinese political culture related to China’s change and ambition to displace the United States as the leading world power, as well as on the Serbian political cultural identity related to its change in policy framework amidst the ongoing pandemic war. However, due to the complexity of the topic, the second part of the research related to the analysis of President Vučić's response to the coronavirus pandemic and the full results of the research that embody the Serbian political culture will be published shortly. Also, by the politics of prevention, we interpreted firstly the possibility of scientific prediction and the capacity for controlled government intervention in social life. In that sense, we recognised that a range of public health measures including physical distancing, isolation, quarantine, hand washing, wearing masks, the temporary closure of public spaces, testing and contact tracing is surely necessary to control the COVID-19 pandemic despite the possible collective orientation in a distinctive ‘epidemic psychology’ that can activate other crises like those of mental health conditions (such as generalised anxiety and depression) and is rooted in the fundamental properties of human interaction and especially  within a ‘fractured society’ Additionally, in this part of research we also addressed the questions related with “new era for socialism with Chinese characteristics” proclaimed by Xi Jinping in October 2017. It is clear that since Xi Jinping formally ascended to power in 2013, China has been entering the second, and current, stage of nation-promoting, with the goal of “building group cohesion and group loyalty for purposes of the well-known superior “China Model”. The idea of a China-centric, integrated global order whose interconnectedness is underpinned by China’s standards and “wisdom” is central to Xi Jinping’s vision of “Common Destiny” in the New Era. The initiative of building a community with a shared future is inspired by the traditional Chinese philosophy that reflects profound thinking on the future of mankind and embodies a spirit of humanity. In other words, countries may cooperate on mutual interests while preserving not only their diverse “social systems and development paths” but also, implicitly, a certain reserve and separation. The premises of a Community of “Common Destiny”, moreover, include a major departure from the past through “One Belt, One Road”, which seeks to build “policy, infrastructure, trade, financial, and people-to-people connectivity” linking China and maritime and continental Asia, Africa, Europe, Oceania, Latin America, and the Arctic. Today, mankind has become a close-knit community of common destiny shaped by the coronavirus disease 2019 (COVID-19). International interests are highly convergent and nations are all mutually dependent on one another in order to prevent or reduce transmission of COVID-19 infection. In our concluding remarks, we stress that actual questions evaluate China’s possibility to seek an alternative global order and its nature in comparison with the role of the United States today, as well as the impact of the Communist Party of China’s (CCP) ideology and its invocation of “Chinese culture” on China’s ambitions to displace the United States as the leading world power. Likewise we outlined that the most important change is, change in behaviour and attitude of China. Evidently, China has moved away from its policy of self-restraint. Now, it does not shy to engage in “tit-for-tat” encounter. The new strategy is changing the rules of game and accelerating the process of change. The recent events suggest that China and USA will engage in a furious competition to secure their positions and interests at global level, which will affect the global order and individual countries. It will put pressure on countries to take a side; especially on the developing countries like Serbia which will be under more pressure to accept the newest version of Chinese, American or Russian vaccine. Thus, national identity will exert a significant impact on both the Chinese and Serbian domestic political trajectory and foreign relations.