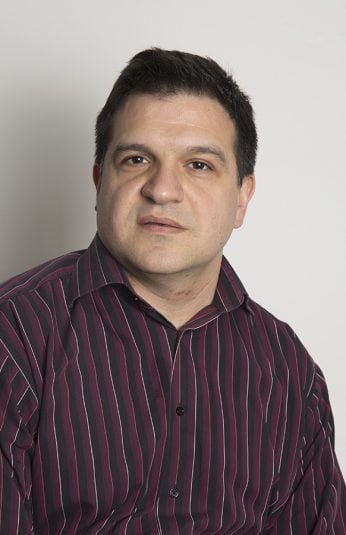 Dušan Gujaničić is a Research Associate of the Institute for Political Studies, editorial secretary of the journal Nacionalni interes (National Interest). His research focus is on comparative political systems, notably the French political system. His interests also include constitutional and administrative law. Published several academic papers in the journals of the Institute for Political Studies.

In the history of every country can emerge some events that represent objectively the highest level of danger for the constitutional order of this country or even for its literal survival. In these cases, the common legal regime must give way to the exceptional legal regime that can appear under different forms. Within the French constitutional order, the article 16 of Constitution contains the most radical form of this kind of legal regime that we have designated as a “nuclear weapon” of the presidential power. This kind of “legal dictature” has in some way its conceptual roots in the history of the Ancient Rome that had also a radical solution for the highest level of danger against the order or the survival or state. The Roman Senate could designate one person as a dictator for a period that could not be longer than 6 months, with the waste legal possibilities for a dictator in order to reestablish the normal situation and protect the order. In the other hand, the French president, before his eventual decision to apply the article 16, have to hear the official opinions of several organs in the state: the Prime minister, the president of National Assembly, the president of Senate and the Constitutional council. However, despite this formal obligation to consulate the mentioned organs he is not legally bind by their opinions. The French president is the unique “master” of the situation because he is the only real lawmaker (and in the same time decision-maker) during this exceptional period, that represents some kind of the emergency state, from the legal but also from the political point of view. During the application of the article 16. The French president has not the possibility to dissolve the Parliament, unlike the normal situation that permits this solution based on the article 12 of the French constitution. The Parliament, although with considerably reduced powers under the regime of article 16. However stays an important element of system, because it can demand through 60 deputies or senators the control of applied measures from the Constitutional Council, after 30 days from beginning of application of article 16. The French constitutional court can start itself this control if 60 days have been passed since the beginning of described regime. The only case of application of the article 16 was in 1961 when a group of French generals expressed their dissatisfaction against the policy of Charles de Gaulle towards the question of Algerian independence, by provoking a rebellion that involved some units of French army in Algeria in this dangerous adventure. De Gaulle was very determined to stop each attempt that could threaten the constitutional order and therefore he has taken all necessary measures to break the rebellion. Although the main part of action of de Gaulle was finished in a few days, he wanted and succeeded to maintain this exceptional regime for 5 months. The dangerous French experience from 1961 as well as the basic common sense both from legal and political points of view prove that the existence of the article 16 is a useful thing, which can always be the ultimate dike in front of the very serious attempts to threaten the constitutional order, but also the survival of state.