DEVELOPMENT OF ISLAMIST MOVEMENT IN LIBYA

Until 2011 Libya was a country with a moderate and
tolerant islam without an organized islamist movement except in
some periods. From one side, the Colonel Moamer al Gadhafi’s
regime has suppressed any attempt of the islamisme growth and
from the other one, the huge majority of the Libyan people did not
show big enthusiasm toward Islamic extremism primarly because
of belonging to traditionaly moderate islam that does not accept
any religious extremism. The only region where the islamists were
temporary creating their strongholds was the country`s East, the
area around Bengahzi and the Green Mountains.
The situation started hurriedly changing with the star of
“the Arab Spring” that spread to Libya as well. The two most
important aftermaths of “the Arab Spring” and socalled revolution
in Libya were the total devastation of the country with cessation
of its institutions` functioning and uncontrolled growth of the
extreme Islamism and terrorisme. From these two aftermaths a
series of other consequences derived, that is all caused that Libya
has become one of the biggest victims of “the Arab Spring”. 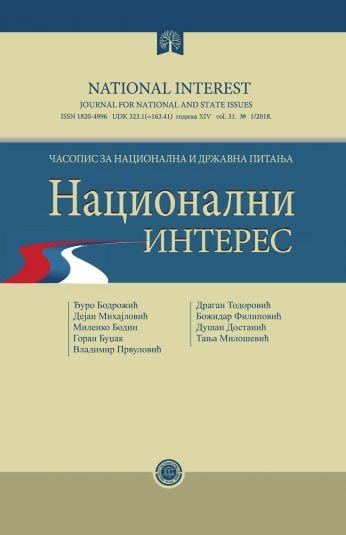